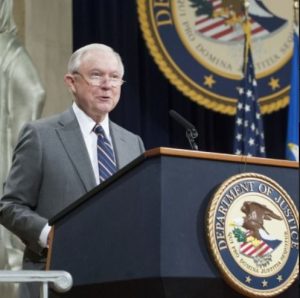 Sacramento, CA — California’s Attorney General Xavier Becerra will delay the enforcement of new statewide net neutrality laws when they take effect in January under an agreement hashed out with the Justice Department.

Attorney General Jeff Sessions was planning to sue California arguing that the state’s provisions violate the Constitution by circumventing the FCC’s regulatory order. California’s new law will prohibit companies like AT&T and Comcast from blocking or slowing down online content or demanding special fees from certain websites and apps.

It is a bit of a muddy situation as a lawsuit has already been filed against the federal government challenging the legality of the FCC’s decision related to net neutrality deregulation. Becerra agrees to have California take a step back on its plans to enforce net neutrality until the federal case is ruled on. The Federal Justice Department in turn agrees to postpone its lawsuit against California regarding the statewide rules.

It essentially puts on hold one of the current fights playing out between California and Washington, DC.