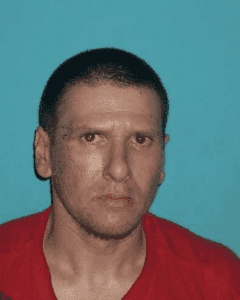 Sonora, CA — An early Sunday morning drive without license plates that turned into a vehicle chase landed a local man and his passenger in jail.

Just before 9 a.m., a deputy spotted 36-year-old Austin Andreasian of Twain Harte driving a Nissan sedan on Hess Avenue and attempted to stop him for the vehicle infraction. Instead, Andreasian reportedly took off towards Tuolumne Road at a high rate of speed.

The one-mile vehicle pursuit ended as Andreasian apparently ran out of gas, pulled into a private driveway and fled from the car. Deputies searched and arrested his passenger, 27-year-old Jennifer Losoya of Copperopolis for possession of drug paraphernalia.

With help from the CHP, deputies captured Andreasian. Subsequently, they transported him and Losoya to the Tuolumne County Jail. He was booked on a felony count of evading a peace officer with wanton disregard for safety, and misdemeanor counts of resisting arrest and driving on a suspended license. His bail was set at $50,000. Losoya received a $5,000 bail.