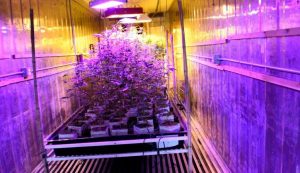 The searches were carried out in the past three days in San Andreas, Copperopolis and Angels Camp and resulted in five people taken into custody. Armed with a warrant, team members carried out the first raid on Tuesday on a property off of Toll Bridge Road in San Andreas. On site were several “hoop house” structures along with two trailers and some small structures. There was also primitive wiring running from the buildings to generators, which one was leaking oil above a drainage leading into Hogan Reservoir.

A search of the site uncovered over 15 pounds of processed marijuana and 459 marijuana plants, more than 8 grams of psilocybin mushrooms and several dosages of LSD (Lysergic acid diethylamide). One person found on the property, 34-year-old Michael Ken Tanone of Valley Springs, was arrested for marijuana cultivation, maintaining any place for the purpose of unlawfully selling, giving away, or using any controlled substance, possession of marijuana for sale, and possession of a controlled substance.

Then on Wednesday, two more raids were carried out at two separate locations in Copperopolis. One in the 5000 block of Hub Court turned up 1089 marijuana plants as well as 33 pounds of processed marijuana. Although six people were found in the residence only one was cited for illegal marijuana cultivation and possession of a controlled substance. The second location was in the 5400 block of Chuckwagon Drive. Here investigators found 2068 marijuana plants, 81 pounds of processed marijuana and 3.8 ounces of concentrated cannabis. They also seized four guns. 41-year-old Robert Murray was arrested for marijuana cultivation, being a convicted felon in possession of a firearm, and being a convicted felon in possession of ammunition. Sheriff’s officials comment that these remain active investigations.

During the final raid on Thursday in the 4400 block of Appaloosa Road in rural Angels Camp, the team discovered 102 large marijuana plants and 179 pounds of processed marijuana. Arrested at the site were, 66-year-old Daia Malkmual and 64-year-old Kusal Malkmual for marijuana cultivation and maintaining any place for the purpose of unlawfully selling, giving away, or using any controlled substance. A third person gave their name as Nida Saytont, 64, but their identity is still being confirmed, according to sheriff’s officials.