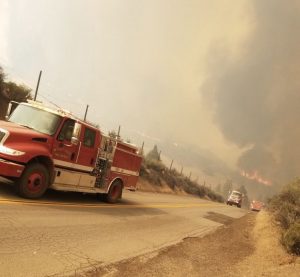 A new fire ignited in Northern California last night that for a while shut down a major interstate highway.

Also, on Saturday afternoon there was a 20 acre fire that was fully contained in Stanislaus County near the community of Eugene. Aircraft from Columbia helped extinguish the blaze. CAL Fire reports that it was caused by someone using fireworks in dry vegetation. Later on Saturday there was a 10-acre fire contained near Paloma.