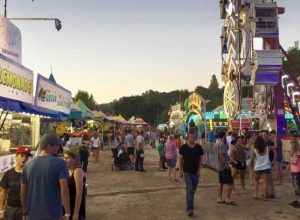 Sonora, CA — The four-day Mother Lode Fair wrapped up last night, and it was another record breaking year for the junior livestock auction.

About $415,000 was raised on Saturday during the large animal auction, which includes beef, swine and sheep. It eclipsed last year’s record figure of $360,000. Around $500,000 total was raised this year when you include the small animals auctioned the following day, Sunday. The livestock auctions are annually some of the major events for the community’s youth, as they are many times a kick-starter for things like college savings. The animals are purchased by local community members and businesses. The 2018 fair opened on Thursday and continued through late last night. It included a mix of tractor pulls, exhibits, food, carnival rides and concerts.

Attendance figures for this year’s fair have not yet been released.