Sonora Man Hit By Truck In Front Of PriceCo Foods 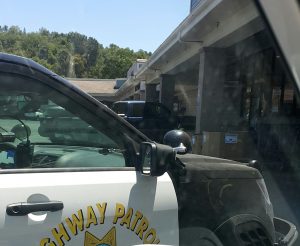 Sonora, CA — A Sonora man was seriously injured after being hit by a truck on the sidewalk in front of PriceCo Foods grocery store in Sonora.

The CHP reports that 33-year-old Derek Sonnenfelt was hit by the truck that jumped over the curb at 11:50am. The truck was driven by 90-year-old Richard Williams of Sonora. The CHP reports that Williams was pulling into a parking spot directly in front of the store and his foot slipped off the brake pedal. Sonnenfelt was pinned up against the concrete store front and he was assisted by several bystanders until emergency officials arrived on scene. He was later flown by air ambulance to Doctor’s Medical Center in Modesto to treat major injuries. Williams was not hurt in the incident. PriceCo is located in the Junction Shopping Center.