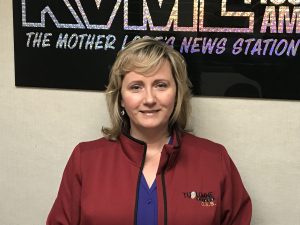 Following a closed session meeting this afternoon the supervisors announced that Tracie Riggs will become the CAO in November. Riggs, who is currently the Assistant CAO, will become the first woman to serve in the role of CAO in the county. She has a bachelor of science degree in health administration and a masters degree in public administration. Prior to her 12 years working in Tuolumne County government she had 15 years of experience in the private sector. As Assistant County Administrator, Riggs has been the budget coordinator, office of emergency services coordinator, and helped oversee a number of internal departments and divisions.

Riggs has received state and national awards for her work in emergency services, most recently overseeing the response to tree mortality. Awards have been given by the California State Association of Counties, CAL Fire and the National Association of Counties. She was also the 2015 recipient of the Excellence in Government Award given out by the Tuolumne County Chamber of Commerce.

An announcement signed by Board Chair John Gray regarding the hiring notes that Riggs is a proven leader and ready to take Tuolumne County into the future. Outgoing CAO Pedro will remain with the county through December to help with the transition and finish special projects he is overseeing.

Riggs contract will be finalized at a future meeting.