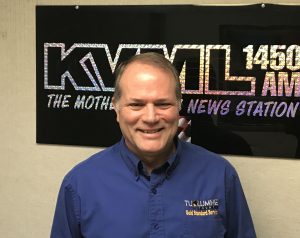 Sonora, CA — Tuolumne County’s longtime county administrator will retire by the end of the year.

Craig Pedro, a Tuolumne County native, stated he first became interested in a career in government service while he was a student at Sonora High School in 1977. He later went to Fresno State University He began his career as an intern for the City of Madera in 1980 and soon after was offered a full-time job there. In 1984 he returned home to serve as a Management Analyst for Tuolumne County. In 2006 he became the Tuolumne County Administrator.

Pedro stated, “It has been an honor to serve my fellow citizens and the community I grew up in and the community I love. But, as it says in the book of Ecclesiastes, there is a time for everything and a season for every activity under heaven. Today, I’m announcing my intention to retire as county administrator by no later than the end of this calendar year, December of 2018. I’m making this announcement now to give the board the time it needs to recruit my successor and will coordinate my actual departure date in conjunction with that effort.”

Pedro thanked predecessors, past and current boards, and to “awesome staff” and “talented department heads” that have made the organization a pleasure for him to serve. Pedro received a standing ovation from the supervisors and those in the audience.

To listen to Pedro’s speech in its entirety, click here