Smoke In Groveland Not A Wildfire 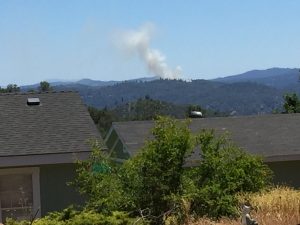 Groveland, CA — CAL Fire tells Clarke Broadcasting that its dispatch is being inundated with residents reporting a fire in the Groveland area – but fire officials want the public to hold those calls.

As reported here yesterday, the Gookin Vegetation Management Program prescribed burn was postponed on Tuesday, but CAL Fire later in the day reported it planned to ignite the 100 acres of grass and oak understory today around 9 a.m., which it did. The flames created smoke that is visible in Groveland, Big Oak Flat and Greeley Hill, which prompted today’s calls, according to CAL Fire.

The burn is anticipated to run until 6 p.m. CAL Fire asks the public to refrain from calling in the smoke as a wildfire.