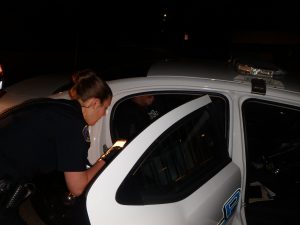 Arrests Made In Downtown Sonora

Sonora, CA — Limited details have been made available, but a Sonora man was transported to a central valley hospital early this morning following a fight outside a Sonora bar.

The PD’s investigation determined that it is alleged that the fight originated in a downtown bar because the victim was being disrespectful, and was chased outside by Garcia and Smith. A physical fight occurred, and Jacques soon became involved as well, kicking and beating the victim.

All three suspects were booked into county jail on $50,000 bail for contributing to a felony battery. The victim’s current condition is unknown, and an investigation is ongoing.