Morse Campaigns In Sonora Ahead Of Election 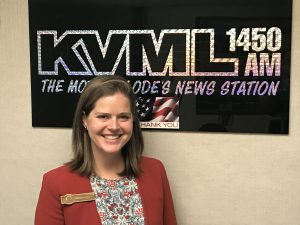 Sonora, CA — Congressional candidate Jessica Morse was in Sonora today rallying support for her campaign ahead of Tuesday’s June Primary.

Morse, a Democrat, opened a campaign office last month at 320 West Stockton Street in Sonora. Backers were busy making phone calls to prospective voters last night, and this morning Morse joined her supporters in knocking on doors in downtown Sonora. Currently in the midst of a 10-county tour, she also stopped by Clarke Broadcasting to speak about her campaign. When asked about the challenge of running in a conservative leaning district, against incumbent Republican Tom McClintock, she stated, “What I recognize is that the issues we face here are not partisan. A forest fire doesn’t ask if you are a Republican or Democrat before it burns down your home. It doesn’t matter if you are a Republican or Democrat if your well goes dry. These are issues that are facing us as a community.”

Morse, a fifth generation Northern Californian, resides in Pollock Pines. She has been focusing on issues like funding wildfire prevention, increasing vocational training and ensuring access to affordable healthcare.

During the interview she also criticized Congressman McClintock’s recent approval of the federal tax overhaul, and spoke negatively about federal cuts to the US Forest Service.

Morse is one of four Democrats hoping to advance past Tuesday’s primary to the General Election in November. The other Democrats are Regina Bateson, Roza Calderon and Robert Lawton. Republican candidates are McClintock and Mitchell White.

The incumbent McClintock was in Tuolumne County yesterday. Click here to read an earlier story detailing his trip.