Flu Season Expected To Be Nasty 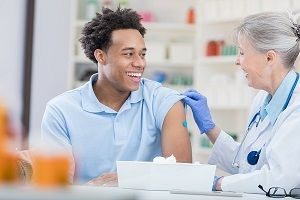 Sonora, CA — Health officials say the flu is spreading across the nation, with a dozen states — including California — now reporting widespread flu cases just ahead of the holiday season.

The Centers for Disease Control and Prevention in Atlanta says other states reporting widespread cases of the flu are Arkansas, Connecticut, Louisiana, Massachusetts, Mississippi, Missouri, New York, Ohio, Oklahoma, Virginia, and Wisconsin. The Deep South is among the hardest-hit regions, with Louisiana and Mississippi reporting high levels of flu-like illness.

Georgia’s Department of Public Health says this year’s flu season is likely to be a rough one nationwide. One reason is that more than 90 percent of the influenza specimens tested nationwide are Influenza A (H3N2), which bring typically higher rates of hospitalization and deaths in seasons when it is the dominant strain.