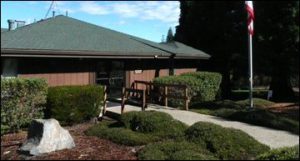 We reported recently that Maureen Griefer and Nick Stauffacher jointly resigned, citing displeasure with a variety of things, including the recruitment process for a new General Manager. The GCSD board had 60 days to appoint replacements, and only one was selected, Spencer Edwards. Since Groveland is unincorporated, the Tuolumne County Board of Supervisors then had the legal authority to fill the vacancy over the next 30 day period. If not, it would go back to the GCSD board to call a special election. The Supervisors this week reviewed the applications of candidates Janet Kwiatkowski and Gilbert “Stephen” Perreira.

Kwiatkowski and her husband moved to Groveland from the Bay Area last year, and she has a background in accounting. Perreira is a former GCSD board member, serving from 2007-2016. Three people in the audience during the special supervisors meeting to fill the seat raised concerns about Perreira’s temperament and ability to work with others. Among those speaking displeasure was current board member John Armstrong.

At the motion of Supervisor John Gray, and a second by Supervisor Karl Rodefer, the board voted unanimously to appoint Kwiatkowski to the open seat.  It will go up for election again in 2018.