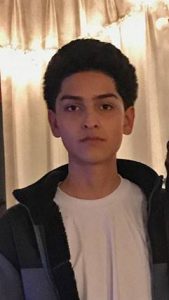 Yosemite, CA – A search for a missing 18-year-old tourist inside Yosemite National Park ended in tragedy as his body was found yesterday.

Park spokesperson Scott Gediman reports that the remains of Gerardo Cruz Hernandez of Santa Barbara were discovered in the Glacier Point area late Tuesday afternoon. He was last seen alone in that area on the Wednesday before Thanksgiving, the same day his parents reported him missing. Gediman indicates that a search began immediately with the use of dogs and a CHP helicopter and continued through the holiday weekend until the body was located. Hernandez’s family has been notified.

Regarding a cause of death, Gediman states, “Right now we don’t know. It does look accidental and we don’t really suspect any sort of foul play. We don’t want to speculate on anything because the investigation will hopefully lead us to find out what happened.”

Gediman adds that the Mariposa County Coroner will do an autopsy in the coming week and then release a death certificate identifying the cause of death.