Arrest Made For Alleged Sexual Assault Near Gentlemen’s Club 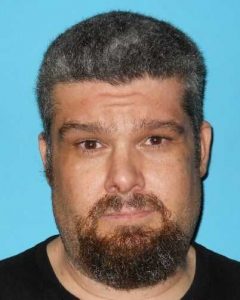 Sonora, CA — Tuolumne County Sheriff’s deputies called to Rosalinda’s Gentleman’s Club in Jamestown last night took a man into custody for a reported sexual battery against a woman there.

According to Tuolumne County Sheriff’s spokesperson Sgt. Andrea Benson, deputies made contact with 40-year-old Jesiah Macredes, who was living in a travel trailer on the property. Deputies learned that Macredes, while armed with a knife, threatened to harm a woman on site as he forcefully held the victim down against her will and committed sexual battery. The woman reportedly had to fight her way free and escaped out of a trailer window.

Macredes was subsequently arrested and booked into the Tuolumne County Jail for sexual battery, criminal threats with an intent to terrorize and false imprisonment with violence with a bail set at $25,000.

Sgt. Benson says that as this ongoing case is a sensitive one, her office will not be releasing any further details.