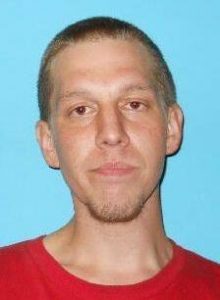 Sonora, CA — The Sonora Police Department reports that a man was arrested while allegedly trying to steal a truck in Sonora.

The PD responded early in the morning to 768 Mono Way, at the business Lisa’s Nails and Spa, for a theft in progress. The owner of the truck stated he was remodeling the inside of the business and came out to see a man inside his truck. The suspect, 27-year-old Evan Dale Underwood of Columbia, was allegedly hiding inside the cab when arriving officers arrived on scene. The door was locked, so the owner provided the officers with a key to the vehicle. Underwood did not comply with the officers commands to exit, so he was threatened with a taser. Eventually, the PD reports that Underwood was forcibly removed and taken into custody. He was charged with vehicle theft and booked into Tuolumne County Jail.