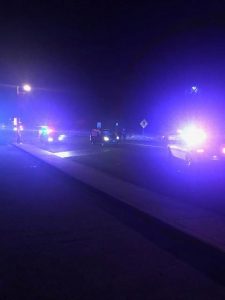 Sonora, CA — Limited details have been released, but the Sonora Police Department reports that a man was hit while walking across Stockton Road in Sonora.

It  happened in the 300 block of Stockton Road at around 7pm on Friday evening. The police department reports that the unidentified 38-year-old male was going from north to south, outside any marked crosswalk. The man was hit and suffered reported moderate to major injuries and was transported out of the county for medical treatment. The driver of the 2004 Honda that hit him is an unidentified 47-year-old Sonora woman. The police department reports the cause of the crash remains under investigation.