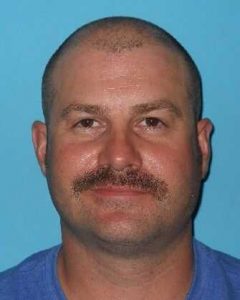 Sonora, CA — A Sonora man stands accused of burglary, rape and sodomy following incidents that occurred over the weekend.

According to Tuolumne County Sheriff’s spokesperson Sgt. Andrea Benson, deputies were dispatched to a home on Main Street in Jamestown Saturday afternoon for a report of a sexual assault that occurred earlier in the day.

The suspect was identified as Jake Schlegel, 35, whose occupation was listed as a firefighter. Sgt. Benson states that investigators learned that he was familiar to the victim, who said he sexually assaulted her in her home. He was later located at a Twain Harte restaurant and arrested on charges of first-degree burglary along with rape and sodomy of a victim unconscious of the act and is currently being held on $100,000 bail.

The sergeant adds that as the case is sensitive and under ongoing investigation, no additional details are currently available.