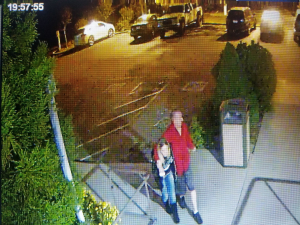 San Andreas, CA — Calaveras Sheriff’s officials have been investigating the man’s severe head trauma since he was dropped off at a local hospital last week and are still seeking answers.

Sadly, investigators report 34-year-old Lloyd Corsen died of those injuries Thursday while being treated at a hospital in another county where he had been transferred.

As reported here, yesterday (Thursday) Sgt. Greg Stark told Clarke Broadcasting that detectives were trying to determine whether his injuries were “accidental or intentional.” Corsen had originally been dropped off at Mark Twain Medical Center’s Emergency Room Tuesday, October 17 just before 9 p.m. Surveillance footage showed a woman helping him into the ER that investigators later identified and questioned but no further details of that conversation were released.