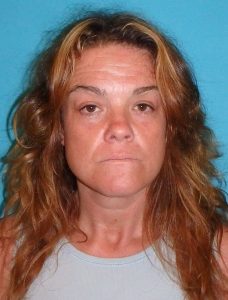 Sonora, CA — The Sonora Police Department is looking for a woman who allegedly gained access to the electrical circuit box at Walmart over the weekend and disconnected the power supply.

The early morning hour power disruption caused an estimated loss of over $50,000 in perishable merchandise. The police department reports the suspect is 42-year-old Elizabeth Cutting of Sonora. Evidence obtained by the investigating officer indicates that Cutting also tried to gain access to PetSmart’s electrical circuit box as well. She is wanted on felony vandalism related charges.  Anyone with information on her whereabouts should contact the Sonora Police Department at 532-8141.