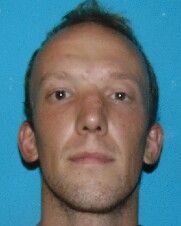 On Sunday evening, following a report called in of a physical altercation, sheriff’s deputies, dispatched to a residence in the Mono Vista Mobile Home Park on Allison Way, discovered that 29-year-old Michael Hardin, who had been fighting with his mother, afterwards splashed gasoline on her home — and pulled out a lighter.

Sheriff’s officials say Hardin had poured the gas from a full plastic bottle, and both threatened and attempted to burn the house down before his mother was able to deflect the effort by tackling and pinning him down.

While he was able to break free and ran off before law enforcement arrived on-scene, he returned shortly afterwards while deputies, still there, subsequently arrested and booked him into the Tuolumne County Jail for attempted arson of an inhabited structure and public drunkenness; his bail set at $60,000.