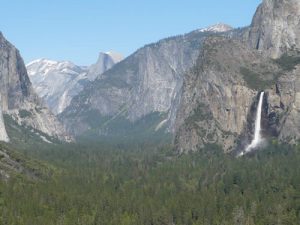 As of Wednesday, no campfires can be ignited below 6000 elevation. Park officials point to the high fire danger combined with continued hot and dry weather patterns for the move.

The release states that due to current and predicted fire conditions and fire behavior the Superintendent of Yosemite National Park has implemented the ban until further notice is given to rescind it.

Park officials provide these guidelines for the Stage 1 restrictions: ·