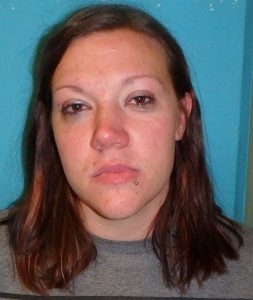 Sonora, CA – Sonora Police report that a woman was arrested for allegedly punching her boyfriend in the face during a fight.

The incident happened this past Sunday just after midnight. An officer was called to a home on Sanguinetti Road for a domestic assault. Once on scene, the officer found an adult male assault victim who had minor injuries to his lip. He told the officer that his girlfriend, 29-year-old Amber Sullivant of Sonora, had struck him in the face during an argument.

Sullivant was taken into custody for felony domestic battery causing injury. Her bail was set at $35,000.