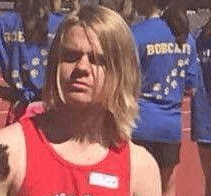 As reported here Tuesday, sheriff’s officials had asked for the public’s help to find Timothy Kearn, reported as a runaway Monday evening by his aunt whom he is currently staying with in the Crystal Falls area. Sheriff’s officials stated at around 8:30 p.m. Tuesday that Kearn had been “found safe and sound” and would be reunited with his family. No further details regarding why he ran away or how and where he was found were given.