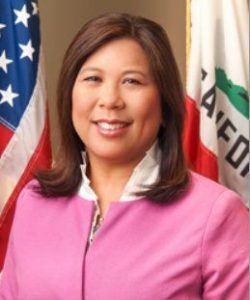 Sacramento, CA – The state’s financial chief is signaling concern and a possible need for more budget tucks after reviewing tax receipts for one of the most crucial collections months.

Now ten months into the 2016-17 fiscal year that began last July, Yee points to total revenues of $96.88 billion, which are $1.83 billion below last summer’s budget estimates – and $211.3 million shy of January’s revised fiscal year-to-date predictions. Total fiscal year-to-date revenues are $1.74 billion higher than for the same period of the prior fiscal year.

So far this fiscal year, the state is has collected total PIT receipts of $67.66 billion, which is 0.2 percent less than January’s revised estimate. However, April personal income tax (PIT) receipts of $12.76 billion lagged by $707.6 million, or 5.3 percent.

No ‘April Shower’ Of Tax Receipts

Yee says that last year, nearly 17 percent of PIT receipts arrived in April. “April is usually the state’s biggest tax filing month, so lower-than-expected personal income tax receipts are troubling,” she remarks. “While we await the governor’s May Revision, this is another signal that we may be inching towards an economic downturn, and we must tailor our spending accordingly.”

April retail sales and use tax receipts of $696.7 million fell short of projections in the governor’s proposed 2017-18 budget by $106.7 million, or 13.3 percent. For the fiscal year to date, sales tax receipts of $18.99 billion are $453.5 million below January’s revised estimates. Corporation tax receipts of $1.97 billion for April came in 13.8 percent lower than were assumed in the proposed budget.

The only one of the “big three” general fund revenue sources to exceed expectations is fiscal year-to-date corporation tax receipts of $7.17 billion, which are running 1.6 percent above projections. Too, the state ended April with unused borrowable resources of $27.02 billion, which was $3.46 billion more than predicted by the governor’s proposed budget. The outstanding borrowing loan balance from the state’s internal special funds was $12.28 billion — $276.6 million lower than projected.