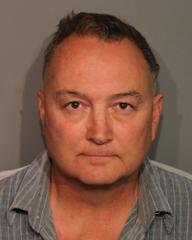 Angles Camp, CA – Angels Camp Police report a suspect being sought for two prior offenses, one for smuggling contraband into detention facility, was arrested.

Glenn L. Johnson was spotted by an officer in the 600 block of Stanislaus Avenue around 2:15 p.m. last Friday.  Knowing he had two outstanding arrest warrants, the officer took him into custody without incident.

Johnson was booked into the Calaveras County Jail for the warrants that included charges related to committing criminal and attempted smuggling of contraband into a correctional facility.