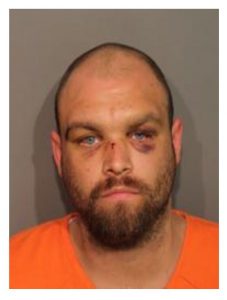 Angels Camp, CA — A man allegedly threatened violence when he took a vehicle from an acquaintance in Angels Camp, and the vehicle was later reportedly stolen again in Stockton.

Lecompte then came back to the victim’s home two days later, April 24, and took the vehicle again at 1am. He allegedly threatened violence if the victim did not let him take it.

On April 26, the victim learned through a mutual friend that the vehicle was stolen in Stockton. Since the victim did not know the suspect’s full name, he was positively identified as LeCompte after being shown a variety of photos by law enforcement. LeCompte was located by officials and he stated that the vehicle was stolen after he was beaten and robbed. He denied stealing the vehicle from the victim, and stated that he had permission to use it. LeCompte did not have an explanation as to why he did not report the robbery and battery that he said occurred in Stockton.