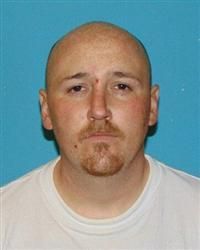 Sonora, CA — A Sonora man wound up in jail on drugs and weapons charges after initially being pulled over for a seatbelt violation.

Tuolumne County Sheriff’s spokesperson Sgt. Andrea Benson shares that 28-year-old Brian Andrew Steele was arrested Saturday afternoon following a traffic stop in Sonora on Rawhide Road and was subsequently found to be in possession of heroin and methamphetamine, along with packaging materials, paraphernalia and a switchblade knife.

She states that Steele admitted to possessing heroin for sale. Deputies recovered a rubber glove from Steele’s pocket that contained three separate plastic baggies; two of which were loaded with approximately 11 grams of heroin while the third contained roughly a half-gram of methamphetamine.

A search of the 2005 Silver Lincoln he was driving turned up a glass meth pipe, tinfoil marked with burns, several blue rubber gloves with torn off fingertips and plastic baggies. The recovered switchblade had reportedly been tucked under the driver’s side floormat.