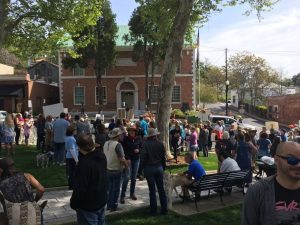 Yosemite, CA — Some are lacing up their shoes to march in support of science on Earth Day in the Mother Lode.

There are over 600 similar marches going on across the nation and worldwide today including the March for Science-Yosemite. It is a non-partisan event dedicated to supporting science and scientists and highlighting the importance of science and democracy functioning together. Organizers say science is essential in our everyday lives as evidence-based policy decisions keep us safer, help us live longer, and protects our planet.

Yosemite National Park is not involved in the event, it is just being held on the grounds. Other Earth Day events in the area can be found by clicking here.