Columbia Man Arrested After Caught Climbing Out Of Home’s Window 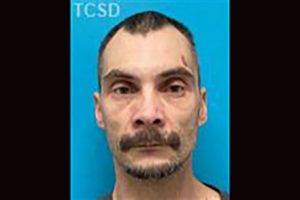 Columbia, CA – A neighbor spotting a man climbing out of a home’s window took matters into his own hands and detained an alleged burglar until law enforcement arrived.

Tuolumne County Sheriff’s Deputies were recently dispatched to a home on State Street near Silver Street in Columbia for a report of a burglary suspect detained by a private citizen. Once on scene, the neighbor advised that he observed 39-year-old Brian James Rellingerstafford of Columbia crawl out of a window of a home and did not recognize him as “belonging at the residence or being affiliated with the owner,” according to sheriff’s spokesperson Ashley Boujikian. Deputies then contacted the homeowner and confirmed that Rellingerstafford was not supposed to be there and that he “had burglarized the home.”

Rellingerstafford already had a felony warrant out for his arrest regarding stolen property. This allowed him to be patted down and a small amount of drugs to be discovered, though the type was not specified. Rellingerstafford was arrested for felony first-degree burglary and misdemeanor drug possession. He was placed on $50,000 bail.