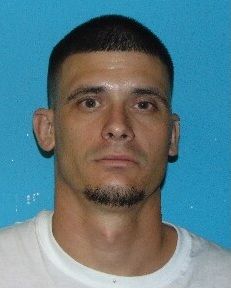 According to investigators, he is the man that sped off after deputies tried to make a traffic stop on Rawhide Road in Jamestown sparking a chase. As reported here earlier this month, the pursuit ended with Sovereen jumping out of the vehicle and taking off on foot. Deputies found a gun in the vehicle and began to search the area for him, which forced a 20 minute lockdown at the nearby Sierra Waldorf School.

Sovereen escaped and remains on the loose, which has prompted an additional request for aid from the public to hopefully catch him. Sheriff’s officials describe him as six feet five inches tall. They add that he is known to grow facial hair and wear disguises to conceal his identity. His picture is in the image box. Sovereen often carries guns and should be considered armed and dangerous, according to sheriff’s officials, who add that Sovereen should not be confronted — instead call 911.  Anyone with information regarding Sovereen or his whereabouts is asked to call sheriff’s office at (209) 533- 5815.