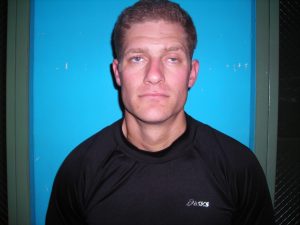 The PD was called to Safeway over the weekend for a report of two suspicious looking men sitting in a blue Honda Civic. Officers arrived and spotted the vehicle, but only one person was inside, 27-year-old Russell Thomas Garcia. While officers engaged him in conversation they could see in plain view a small baggie containing black tar heroin on the driver’s side door rest. Officers then searched the interior of the car and found several grams of heroin, methamphetamine and various types of loose prescription pills.  In addition, there was a scale, several dozen small baggies, a large amount of cash, and a book that listed “pay out and owe” information. Garcia was booked into Tuolumne County Jail for possession of controlled substances with the intent to sell.