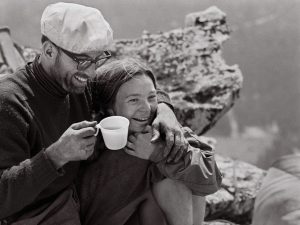 Modesto, CA — One of the most respected rock climbers in the country, and the founder of a clothing company bearing his name, has died at the age of 82.

The Associated Press reports that Royal Robbins passed away on Tuesday at his home in Modesto, surrounded by family.

Robbins and a group of climbers lived in Yosemite in the fifties and claimed a number of first ascents, once deemed impossible, like El Capitan and Half Dome. He was also an early and vocal proponent of clean climbing that helped change the sport’s culture in the sixties and seventies. In 1968, he and his wife Liz founded Royal Robbins, an active lifestyle clothing company for rock climbers, adventurers and travelers.

Company CEO Michael Millenacker states, “Royal was a legendary pioneer who approached everything in life with a true spirit of adventure. He gave me my first break in the outdoor industry and set me on the path to meld a passion for the outdoors with a career. He taught me to work with purpose—that the harder we worked, the more we could give back.”