A Water Scare After A Wastewater Spill 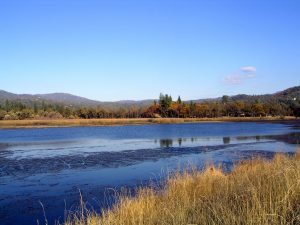 Twain Harte, CA – Tuolumne Utilities District (TUD) attributes a failed valve at a wastewater treatment plant for an accidental discharge of wastewater in the Twain Harte area – but is confident its fix has produced safe drinking water for customers there.

In a Tuesday afternoon press release, TUD stated, “Staff discovered that a likely failed valve at the Twain Harte wastewater treatment plant caused wastewater to be discharged to two drying beds which filled, overflowed to an onsite pond, which in turn released partially treated effluent to Twain Harte Creek. TUD is investigating the cause of the valve failure.”

TUD officials note that once the leak was discovered it was turned off and staff notified the California Office of Emergency Services. The utility estimates that over a 24-hour period as much as 222,000 gallons or 0.68 acre feet of “effluent discharged” into Twain Harte Creek, which flows into Sullivan Creek and then Phoenix Lake. Water samples have been taken from those water ways with results expected on Wednesday.

Citing that out of an abundance of caution and to bypass the affected waterways, TUD is producing water at the Sonora Water Treatment Plant that comes solely from the Tuolumne Main Canal for the impacted customers. TUD also states in the release, “Based on its treatment regimen and actions taken to assure water quality, TUD is confident that the water produced by the Sonora Water Treatment Plant is safe to drink.”