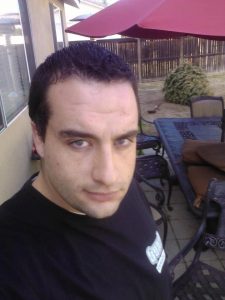 Sonora, CA — A man is wanted in connection to a stabbing, and his girlfriend is being sought for drug possession and burglary.

The Tuolumne County Sheriff’s Office is looking for Dustin Stevens and Sooner Allen, both 28.

Sgt. Andrea Benson reports that Stevens is wanted in connection to a family disturbance in which he allegedly assaulted and stabbed a family member. In addition, he damaged a phone so that law enforcement could not be called. He is currently on probation and has removed his ankle tracking monitor.

Stevens is known to be traveling with Sooner. She is currently wanted for several probation violations related to drug possession and burglary, according to the Sheriff’s Office. Anyone with information on the couple’s whereabouts should call 209-533-5815. No further information is immediately available.