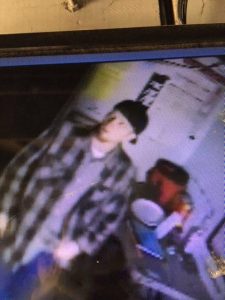 Sonora, CA — A man who allegedly burglarized the Indian Creek Car Wash on Mono Way yesterday morning was captured later in the day.

The Tuolumne County Sheriff’s Office reports that 23-year-old Kristien Carey, a former employee at the business, was caught on surveillance taking several items, including a blue crate filled with various tools. Deputies also discovered that empty envelopes, which had been filled with tip money, were strewn around the office.

Carey’s white pickup truck, which was also spotted in the surveillance footage, was later located at an apartment building in the 18000 block of Tuolumne Road. The Sheriff’s Office reports that Carey was soon located and he admitted to stealing items from the business. He was arrested and booked into Tuolumne County Jail on charges related to burglary and a misdemeanor traffic warrant.