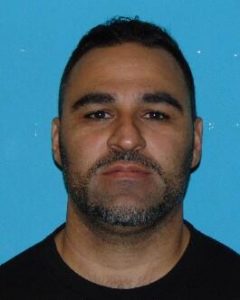 Alahverdi allegedly threatened to kill a man and pointed at him what the victim believed was a firearm while trying to pass his vehicle. Alahverdi, driving a 2016 gray Toyota Tundra pickup truck, was reportedly among several drivers who were trying to get through a traffic back up by passing illegally. The victim’s vehicle was in the way of Alahverdi’s, according to Sgt. Benson, preventing him from getting by.

After the victim was able to locate the pickup near the Dodge Ridge Lodge, he was able to give the Sheriff’s Office a description of the vehicle along with the license plate number so when Alahverdi left the area in the truck, he was shortly seen and stopped by the CHP.

Arriving deputies investigated the incident and found a handgun and ammunition during a vehicle search. Alahverdi was subsequently arrested and taken to the Tuolumne County Jail.