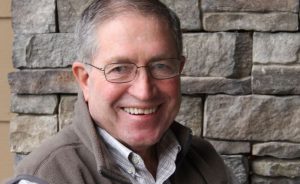 San Andreas, CA — The Calaveras County Water District Board has tabbed a familiar face in local government to fill the seat of outgoing board member Dennis Mills.

Thomas served as Calaveras Supervisor from 2006 to 2010 before being defeated by challenger Darren Spellman. The District Four CCWD seat covers areas along Highway 4 from Copperopolis to Douglas Flat. The seat will next go up for election in 2018.