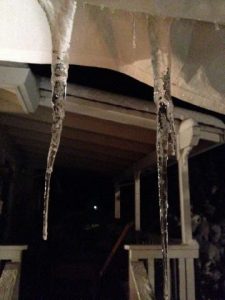 The National Weather Service has issued a Hard Freeze Warning for the Mother Lode and the Northern San Joaquin Valley, which is in effect for Monday from 2 AM to 9 AM.

A Hard Freeze is defined as minimum temperatures at or below twenty-eight degrees for at least 3 to 5 hours. Protect vegetation and sensitive plants the next couple of mornings. Bring pets indoors.

A Hard Freeze Warning means sub-freezing temperatures are imminent or highly likely. These conditions will kill crops and other sensitive vegetation.