Assault With A Deadly Weapon Arrest 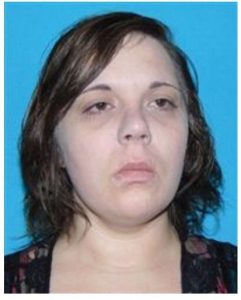 Sonora, CA — Tuolumne County Sheriff’s deputies arrested a Tuolumne woman on a charge of assault with a deadly weapon after purposefully causing a vehicle accident.

It occurred at 7:30am on Tuesday near the intersection of Tuolumne Road and Soulsbyville Road and involved a Nissan Sentra colliding with a Cadillac. When deputies arrived on scene, they were told by 24-year-old Alicia Thornburg that she hit the rear of her ex-boyfriend’s vehicle because he had slammed on the brakes in front of her. Deputies, however, later learned that she had purposefully rammed his vehicle twice, eventually causing her Nissan to become disabled.

Earlier that morning she had been at Black Oak Casino and was asked by security to leave after getting into a verbal argument with the ex-boyfriend and another woman. He and the woman were both in the vehicle that was later rammed on Soulsbyville Road. Thornburg was arrested on charges of assault with a deadly weapon and domestic battery.