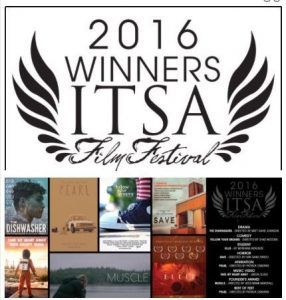 Sonora, CA — Filmmakers gathered in Sonora over the weekend for the 7th annual ITSA Film Festival.

The Sonora Opera Hall served as the main hub for screenings and other activities. This year’s Outstanding Film, the best of fest, was awarded to Pearl directed by Patrick Osborne. The Founders Award went to the film Muscle by Heidi Miami Marshall.

The event kicked off on Friday evening with a showing of David Vassar’s Academy Award nominated film “Generation on the Wind.” It was the first time in 30 years that the fill has been screened in its entirety. Around 70 people were on hand for the viewing. You can find a list of the 2016 festival award winners below: