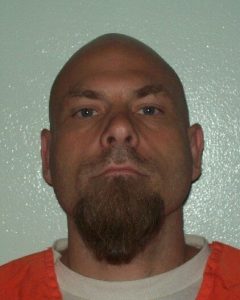 Sonora, CA — An inmate serving time at Avenal State Prison in Kings County was transported this week to Tuolumne County Jail due to an alleged crime committed back in 2015.

Berrigan was since sentenced to Avenal State Prison for an unrelated crime, of which the offense is not immediately clear. Berrigan was legally allowed the right to be transferred back to Tuolumne County to defend himself in court against these additional charges. After being booked into county jail, and then appearing for a court hearing, he was transported to the Sierra Conservation Center outside of Jamestown, where he is currently being held, so that he can be closer to upcoming court dates in Tuolumne County.