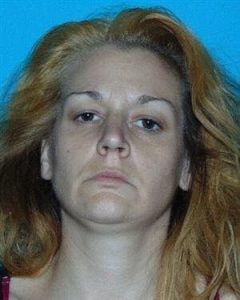 Tuolumne, CA — A Stockton woman was booked into Tuolumne County Jail after allegedly trying to use false identification more than once to obtain a credit line at a local casino.

The Tuolumne County Sheriff’s Office reports that 33-year-old Amanda Lynn Meays was recently caught trying to obtain a line of credit at Black Oak Casino using a San Joaquin County resident’s name, with the use of a fake California driver’s license and a fake blank check. Casino security staff notified the Sheriff’s Office of the incident. A deputy discovered it was the second time this month that Meays committed an act of alleged identity fraud at the casino. She had also recently successfully victimized an individual from Yolo County and received thousands of dollars.

Meays, who was already on probation for vehicle theft out of San Joaquin County, was booked into Tuolumne County Jail on charges of burglary, identity theft, providing false identification to law enforcement, possession of a fake driver’s license and possession of a fake check.

The Sheriff’s Office reports there is an investigation ongoing into whether Meays could be tied to additional identity theft cases, as she was found in possession of additional personal identifying documents that did not belong to her.