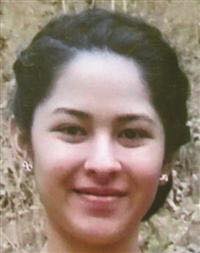 Tuolumne County Sheriff’s officials report the family reported Anastasia Medina missing after she did not return from school that afternoon.

She is described by detectives as Hispanic, 5’4″, 110 pounds, black hair and brown eyes. Her picture is in the upper left-hand image box.  Her family asks that if anyone knows her whereabouts to call the Sheriff’s office at 533-5815.

Medina is listed as a habitual runaway, according to Sheriff’s officials.