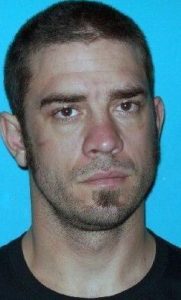 Sonora, CA — Following a fight, a man was arrested Sunday on felony charges of battery causing serious bodily injury and committing a felony while out on bail.

Tuolumne County Sheriff’s officials say that on Sunday afternoon just after one o’clock deputies and CHP officers responded to an incident in Groveland at Mary Laveroni Park that left one man unconscious.

CAL Fire officials onscene reportedly told the deputies that a man identified as Joshua Power, 28, of Big Oak Flat, allegedly struck a local resident, Joshua Hersom, 32, several times in the face until he fell to the ground, also striking his head on the roadway.

According to Tuolumne County Sheriff’s spokesperson Sgt. Andrea Benson, the fight apparently started due to Hersom punching Power’s vehicle in the parking lot earlier in the day. Hersom was treated by CAL Fire and ambulance personnel before being flown to a Central Valley hospital for head trauma treatment. She adds that Power confessed to striking Hersom and was subsequently arrested; his bail set at $50,000.