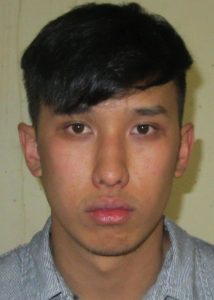 Sonora, CA – A 20-year-old local salesman has been taken into custody for alleged sex crimes although few details about the case are currently available.

Sonora Police say that Quinton John Coltes of Twain Harte was charged this week with two counts of felony sexual assault upon a person incapable of giving consent. According to the Tuolumne County Jail custody report, he was arrested at Big 5 Sporting Goods after 3 p.m. Tuesday for rape and sodomy against an unnamed victim, who, according to the charges made, does not appear to be a minor. Due to the limited information available and no return call to the newsroom from Sonora Police after contacting their office Wednesday, it is unclear when or where the incident occurred. The bail for Coltes was listed in the custody report at $100,000.

Sonora Police did state in their release that they believe the incident is an isolated one, although an investigation is ongoing. Chief Mark Stinson additionally noted emphatically that, if Proposition 57 passes in November, offenses like these will become “nonviolent” through a reclassification, yielding lighter sentences.