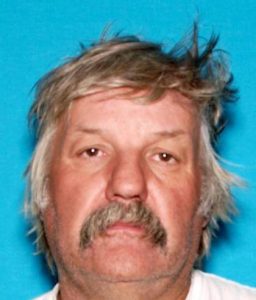 Sonora, CA — The Sonora PD is asking for the help from the public in locating 55-year-old Christopher Craig Prows.

He was last seen on August 9. The PD reports that Prows is on medications which could potentially be life threatening if not taken, and it is believed he does not have any of his medication with him. Prows is described as being 55 years old, 6’0”, approx. 255 pounds, graying brown hair, and brown eyes.

Anyone having information regarding Prows potential whereabouts is asked to contact the Sonora Police Department at 209-532-8141.