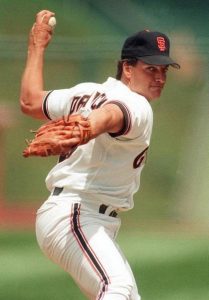 Sonora, CA — This year’s Joie de Vie Gala will feature a speech by a former San Francisco Giant, and special recognition given to a community leader.

SRMC spokesperson Lindsay Brewer says, “We are so grateful and excited to have Mr. Dravecky share his story with us. Cancer is a disease that, either directly or indirectly, seems to affect all of us. Stories like Mr. Dravecky’s are an inspiration.”

Dravecky was sidelined in 1988 due to a cancerous tumor on his pitching arm, but was able to return the following year. His return was unfortunately short lived as he suffered other injuries, and the eventual return of cancer. Following retirement his left arm and shoulder were amputated, and he started sharing his story with others, and became an author and inspirational speaker.