Angels Camp Man Arrested For Battery And Threats To Officer 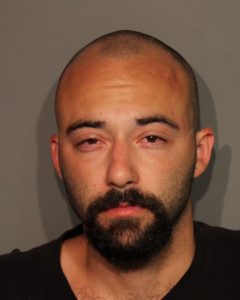 Angels Camp, CA — A man was arrested in the 1000 block of Tuolumne Avenue in Angels Camp on several charges.

Johnson was detained and during the investigation he allegedly made threats to murder the officer’s children and family. At one point when he was asked to step out of the police vehicle, Johnson allegedly spit at the officer several times. He also made references to the “Red and White” taking care of the officers. The PD reports that “Red and White” is a common street reference  to the Hells Angels motorcycle gang.

The Police Department reports Johnson does not live in the area where he was located.