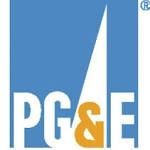 A federal judge has eliminated most of a proposed $562-million fine against California’s largest utility.

The Associated Press reports that prosecutors from the US Attorney’s Office offered no explanation for their decision to seek a lower fine in response to a deadly pipeline explosion in San Bruno in 2010 that killed eight people and destroyed  38 homes. Initially prosecutors had sought $562-million, which was double the amount of money that PG&E allegedly saved by skirting pipeline safety requirements. Federal Judge Thelton Henderson filed yesterday that the utility could now face a maximum $6-million fine. The Associated Press reports that it may have been that prosecutors felt that jurors would have seen the proposed penalty as too steep and therefore would have sided with the utility on the 12 infractions. The charges are related to violating federal pipeline safety standards.

The change came after more than a month of testimony at trial and four days into jury deliberations.